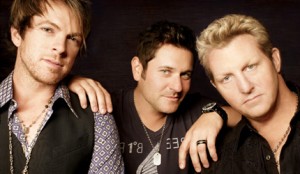 The organizers of the Milwaukee Summerfest are proud to present the country music megastars, Rascal Flatts. This all American country music band is set to perform at the Marcus Amphitheatre on the 27th of June 2012. The Ohio based three member band has 26 single releases to their credit. The band is best known for “Bless the Broken Road” that lasted the longest as number one. The adult contemporary and country charts rated their 2005-2006 release “What Hurts the Most” as number one and featured at number 6 on the famous Billboard Hot 100. Get your tickets to watch Gary LeVox, Jay DeMarcus and Joe Don Rooney in action.