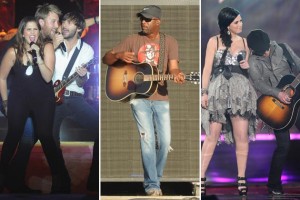 Marcus Amphitheatre is going to be graced by the presence of Lady Antebellum and Darius Rucker during the 2012 Summerfest. The two are scheduled to perform at this venue on the 30th of June 2012. Lady Antebellum is a popular county pop band from the soil of Tennesee. The band is formed by the dynamic trio Hillary Scott, Charles Kelley and Dave Haywood. The relatively new band is proud owner of the top charting songs “Never Alone” and “Love Don’t Live Here”.  Darius Rucker shot to fame as the lead singer of the band Hootie & the Blowfish with whom he went on to release five studio albums. His solo album Back to Then was an ode to R&B.